The Freshman Class of 1954 mid-termers

Pictured below are the freshman who arrived at Jeff in January, 1951. The yearbook lists us as the class of 1955; however, some of us finished in 1954, some in 1955, and a few were not heard from again. You will have to overlook the scribbling, but when we all signed yearbooks, many wrote right across their face. 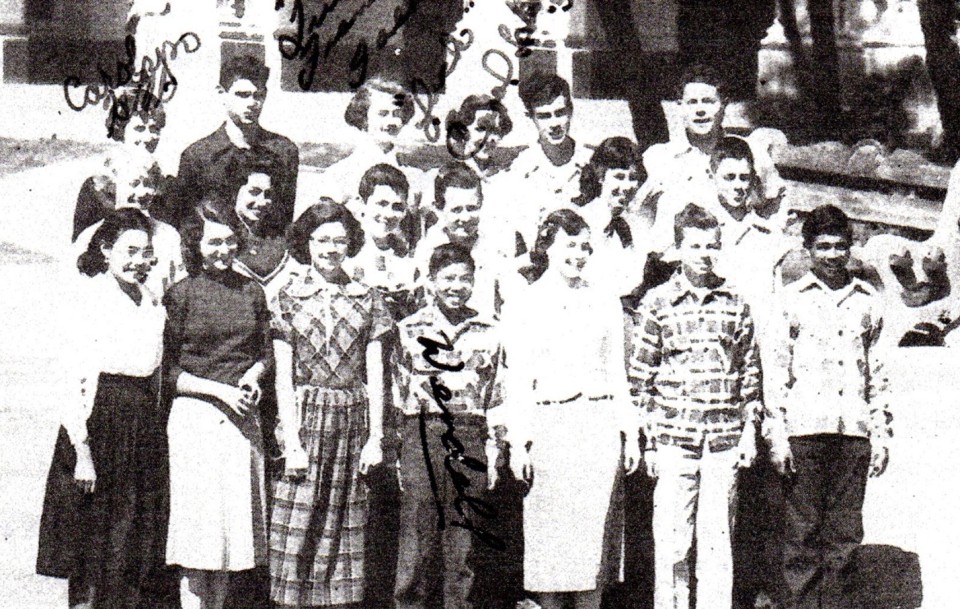 These two photos are the last of the 1954 mid-termers, sophomores in the past two blogs and freshman In this blog.

I have been disposing of a full file cabinet drawer of Jefferson stuff collected over the years while chairing the various reunions. I will present some of that, to include notable happenings in 1954, mostly compiled by Kay Matteson Gregory; some of the class notes sent in by you people; some Jefferson history; and some events in and around San Antonio over the past 50 years; and photos.

How many times do we joke about our social calendar being filled with dates at our doctors? There is always that process of checking-in: weighing and blood pressure, oxygen, temperature, etc. I don’t mind the weighing in, because I know their scales lie, compared to mine at home, where I step on daily unclothed. But what really bothers me is when they measure my height. In my prime, I was five feet, nine and a half inches. Now, if I stretch as much as I can, they say, “five feet seven.”

I have become the incredible shrinking man! The other day I was looking in the mirror trying to get past what I think I look like and recognizing the real me. My thought was, I have too much skin. Maybe my height decreased by 2 ½ inches but the skin stayed with me! I can think of no other explanation for the skin that is hanging around.

I fell comforted by knowing that some of you recognize the same predicament.

Tune in next time.