Jeff class of ’54 grads have lived a variety of lives–some mundane, some fascinating, some surprising, some too short, and some noted. All too often, we learn of accomplishments through luck, hearsay, or from an obituary. Today, lets’ start to salute those who have come to recent attention, a few from way back, and others who have plugged along and are still gainfully employed sixty-eight years after graduation.

Poking around on the Internet, I came across a very long article, “Florida Panthers: Where Are They Now?” A significant part of the article features Roy McBride
and his work in Florida to track the panthers. The complete article is fairly long and is found at

The portion about Roy below is excerpted below, although he is mentioned later in the article as well.

Hiring a Hero (Our Roy McBride)

Roy McBride was born in 1936 in the mountains of West Texas. The place was so rural that when he talked about driving into town, he meant going 100 miles to the small community of Alpine, passing only one other house along the way. 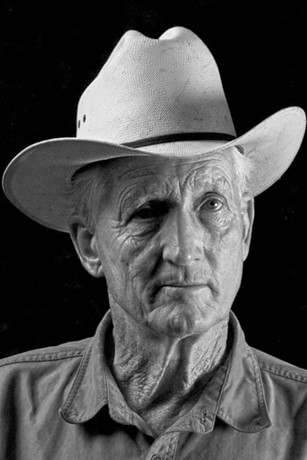 By the 1950s, McBride had begun working for local sheep ranchers. His specialty would have made Florida’s settlers happy: He was an expert at tracking and killing the mountain lions that preyed on the sheep. One writer said that McBride was so good that he “had more to do with bringing the mountain lion to the verge of extinction in Texas than any other single person.”

The first time I met McBride was at a 2007 panther conference in St. Petersburg. I did a long interview with him early on and have had a couple follow up conversations with him. He looked like he was dreamed up by a Hollywood casting director: tall and lanky,

with a chiseled chin, eyes the color of washed denim, a lock of hair he has to keep pushing back from his forehead, only to have it fall back down again. McBride tends to wear his battered white Stetson everywhere, even indoors. When he talks, he’s terse and to the point, his tenor voice sounds a bit raspy, with a strong Western twang—”things” becomes “thangs.” He so dislikes talking about himself that one biologist claims he spent two years working with McBride before finding out he had a master’s degree in biology.

In addition to mountain lions, McBride took on other predators—wolves, for instance. His account of spending nearly a year in Mexico tracking an elusive wolf named Las Margaritas became the basis for Cormac McCarthy’s novel The Crossing. But after a while, McBride once told me, he lost his sympathy for the sheep. He began to feel more of a kinship with the predators—particularly the mountain lions. Then came the call from the World Wildlife Fund: Would he travel to Florida and look for panthers, not to kill them, but to prove that they still existed?

As he began his investigation in 1972, McBride talked to one state biologist who said that “he never had seen any tracks or any indications there were any [panthers] left. So there really was not any kind of scientific information about if they still existed, where they were or how many were left.” 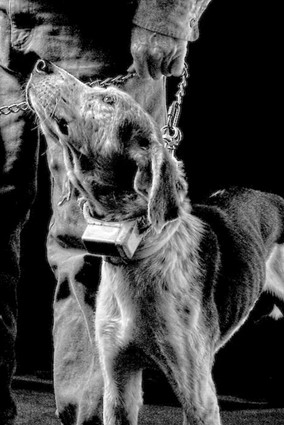 The lanky Texan brought his pack of dogs—specially trained Walker fox-hunting hounds—to South Florida and turned them loose. They sniffed around for four to six weeks, starting near the Lykes Brothers ranch in Highlands County and gradually working their way south to the Big Cypress Swamp between Naples and the Everglades.

The terrain was as different as could be from what McBride and his dogs were used to. Instead of mountains, the land was as flat as a billiard table. Instead of crossing desert, they were splashing through swamps. Instead of being far from civilization, they were just down the road from rampant suburban sprawl.

“I thought of Florida as big cities, lots of people,” McBride told me. “I was getting used to the idea that probably there weren’t any [panthers].” He’d hunted for them in other states east of the Mississippi River—Louisiana, Mississippi, Alabama—but hadn’t found any. Yet this time, in this most unlikely place, the big cats were there.

“I found evidence of some panthers,” McBride recalled years later. “Not many, but a few.” He didn’t actually see one of the felines, mind you, but his dogs uncovered panther tracks, some scat full of bones and scrape marks that the cats typically leave behind with their huge rear paws after they urinate.

A year later, McBride was hired to go back and look again. This time, near Fisheating Creek, which flows southwest of Lake Okeechobee, his dogs treed a spindly female panther, its hide full of ticks. He also found more signs of panthers than he’d found the year before. “I was amazed to find them,” McBride said. “I got down here in this thickly settled area, and I was really surprised there were any left.”

McBride’s success led him to teach his methods to state biologists, who wanted to track down more Florida panthers, put radio collars on them, follow them around and learn their ways. McBride was hired to help, and eventually his two sons and his grandson joined him.

The terrain made the work extraordinarily difficult. “Back in those days we did not have swamp buggies,” McBride recalled later. “We did not have ATVs. We just walked.” When McBride’s hounds would tree an animal, one of the state biologists would shoot the panther with a tranquilizer dart and it would fall into a net. Once it was safely on the ground they could examine it closely, then strap a radio transmitter around its neck, allowing the biologists to track the panther’s signals.

Then tragedy struck—an accident that became a turning point for saving the species. (Note: read the full article to find out about the tragedy, which was not about Roy, though Roy is mentioned.)

Brief update on Roy today:
I spoke with Roy. He is back in Alpine, rounding up cattle that have grown wild on acreage he owns. Roy has two sons, one with a ranch in Paraguay and one in Florida, where he worked with Roy. Roy says he plans to go back to Florida after he rounds up his errant cows.

Roy asked about Aleen Smith. If anyone has current information about her location, please advise me. I do have a mailing address, but her phone is no longer connected. So many have given up land lines and cell numbers are hard to confirm without paying a fee. The Internet used to be a great source for free information, but too many have learned how to charge for what was once free.

Next time there is more information to share about some of our classmates.