New Year’s Greetings!
Let’s look for a more rewarding and fun 2021, with good health, good food, and good friends and let’s leave 2020 a dim speck in the rearview mirror.

Today is December 31. Weatherwise, it is a very ugly day in San Antonio, an apt ending for an ugly year. I wish to write something light and uplifting and inspirational and witty to usher in 2021. However, this blog is partly a history of our class; sadly, it ends on a sorrowful note as our classmates time on earth continues to lapse. Add Richard Kaufman
and Jerry Harris
to the list.

News of deaths comes to me in various ways. Charles Levinson
called to advise of Rich’s death and Bruce Cassell
notified that he had seen it posted on Facebook. Gail Smith Mydlow, class of ’55 called this afternoon to ask if I was aware (I was not) that Jerry died several months ago. Larry Harrison, also class of ’55 had notified her.

Richard “Rich” Kaufman:
Rich passed away December 27 in Santa Rosa, California. No obituary is available at this time, so I offer some recollections. I have known Rich since Travis Elementary days. He hasemailed somewhat frequently, usually asking about various classmates. Over the past few years Rich and Carol have driven 2-3 times to San Antonio in their 39-foot RV. Imagine doing that at eight-four! They parked in Castroville and spent a month or more here, golfing and visiting friends. Their last trip was this past October, as they wanted to be here for our Jeff lunch, which was, of course, cancelled.

Rich, Charles Levinson, and Danny Sciaraffa
lived blocks apart and within several blocks of Travis Elementary. Barney Cline
and I lived 8-10 blocks away in different directions. We five met in mid-October for a picnic lunch.  Rich was vigorous and excited that all of his recent various scans had good readings and he was feeling well.  They cut short the trip when Rich developed sever pain in his legs about two weeks later.  Back home, he was diagnosed with cancer of the spine and terminal. I spoke with him in mid-December, after the docs told him he had maybe six months.  It is a blessing his time came so quickly, as he was in pain.

Jerry Harris:
Jerry’s obituary is posted below. I called Jerry 4-5 months ago after emails to him had bounced back. Jerry had moved from the Houston area to Bryan and a retirement community, closer to his children. Jerry said that he had given up the computer after being “forced” to use it in his job. Jerry was feeling good health-wise at that time. Larry Harrison reported that Jerry succumbed to Covid 19, which would be the first from our class, so far as I know. 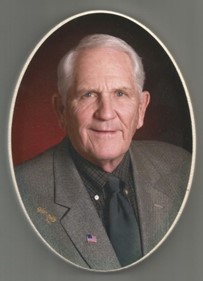 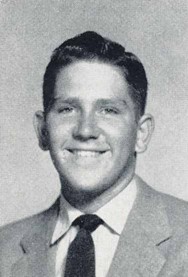 Jerry was born on July 10, 1936, in San Antonio, Texas, to Jerome and Barbara Harris. He grew up enjoying time with family and friends, and participated in multiple sports. This included a special love for baseball and – beginning in his professional career – a passion for the game of golf. Following in his father’s footsteps, Jerry attended and graduated from Texas A&M University (then Texas A&M College), where he proudly served in the Texas A&M Corps of Cadets. Following graduating with a Bachelor of Science in Mechanical Engineering in 1958, Jerry served in the U.S. Army Reserves and was honorably discharged. In that same year, he married Betty Ann Hollers (also from San Antonio, Texas) and subsequently had three children.

Jerry enjoyed a successful engineering career that spanned more than 60 years. He prided himself on being a consummate professional that was respected by both his fellow colleagues and clients, and frequently served as a trusted advisor and mentor to team members and friends over the years. Outside of his professional life, Jerry was a devoted husband and father that enjoyed spending time with his family, including coaching his children’s many sports teams. Guiding all of his efforts was a devout Christian faith that drove Jerry’s enthusiastic involvement in local church activities and willingness to help those in need as evidenced by his strong financial support of numerous charities and social organizations.

He was preceded in death by his wife Betty who passed away in 2004 after 46 years of marriage, and is survived by his sister, Barbara Ann Shepard. Jerry is also survived by his three children – Kathy Milthorpe, Leslie Lundquist and Wes Harris – and their respective spouses – Mike Milthorpe, Jeff Lundquist and Brenda Harris. Finally, he was a beloved grandfather (“Papoo”) that will be greatly missed by Hannah Milthorpe (including fiancé, Ryan Roseboom), Lauren Lundquist, Justin Lundquist (including wife, Callie), Mitch Lundquist, Chloe Milthorpe, Peyton Harris and Kiersten Harris. Finally, the Harris family appreciates the kind and loving care provided by Texas Home Health Group of College Station, Texas, during Jerry’s final week of his life.

Given the health challenges posed by the global COVID-19 pandemic, a formal celebration of life for Jerry will be postponed until conditions warrant for a safe in-person group event. The Harris family looks forward to providing additional information as to the details for the celebration when appropriate. In lieu of flowers, the Harris family would appreciate any donations be made in Jerry’s name to the charity of the donor’s choice.

On a related note,
the obituary for Bruce Parker, also class of ’55, was in the paper last week. I mention because Bruce and Jerry were cousins. Bruce was an impressive and accomplished man. If you wish, you can read his obit here:

Lapsed…2020 passed, and none too soon before I got this posted. It is sunny, breezy, and warming, so 2021 is already looking better.,