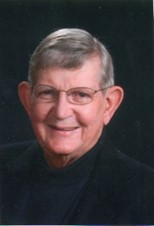 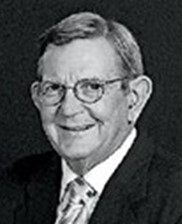 Robert (Bob) Atchison Tate MD age 83, of Austin passed away on October 11, 2019. Bob was a beloved husband, father, grandfather, and great grandfather who used his talents and abilities to serve his family, patients and community. He was born to parents Robert B. Tate and Gertrude E. Tate on May 23,1936 in Sweetwater, Texas. He spent his youth in San Antonio. During his senior year at Thomas Jefferson High School, he served as Student Body President.

In 1954 he attended the Rice Institute in Houston, Texas and then went on to earn his Medical Degree from The University of Texas at Galveston in 1962. A chance meeting of Bob and Phyllis Wright of League City, TX in the kitchen of the AKK medical fraternity house resulted in a loving match that lasted 59 years. They married in 1960.

He was a member of the American Medical Association, Texas Medical Association, Travis County Medical Society, Society of Thoracic Surgery, Texas Surgical Society, and Texas Transplant Society. Bob had a passion to help others not only with his training as a surgeon but also serving through the medical institutions and care providers dedicated to the Austin community. At Brackenridge Hospital he served as Chief of Staff, Chief of Surgery, Chairman of the Trauma committee, and was Physician of the Year. He also held positions on the Central Texas Medical Foundation Board of Directors and the committee on Trauma for the American College of Surgeons.

The City of Austin commended Bob for over 20 years that he dedicated countless hours to improving and enhancing the EMS (Emergency Medical Service). He was also instrumental in organizing kidney transplantation in Austin.

A founding member, Bob faithfully served Shepherd of the Hills Christian Church in Austin for over 35 years. He enjoyed mentoring youth at church camps, rafting and camping trips and many times served as camp physician. He liked coaching little league baseball, playing golf at Austin Country Club, snow skiing, and weekly lunches with his ORGS, Turnips, and Intern friends.

If not in Austin, Bob could be found traveling around the world with his family and friends. Taking each grandchild to Disney World and riding the Tower of Terror was a favorite family tradition. He loved watching his grandchildren grow and mature. Bob enjoyed spending time at the ranch in Cisco and admiring a Texas sunset after a day in the field with friends, family and a good dog.

The family wishes to extend our gratitude to Dr. Richard Helmer and staff of Texas Oncology, Dr. Stephen L. Brown, The Arbour at Westminster staff, and Hospice Austin.

Visitation will be held at Weed-Corley-Fish Funeral Home, 3125 N. Lamar Blvd., Austin, TX 78705 on Friday October 18th from 5:00- 7:00 PM. The Memorial Service will be held at Shepherd of the Hills Christian Church, 6909 W. Courtyard Dr., Austin, TX 78730 on Saturday October 19th at 1:00 PM. Memorial contributions may be made to Shepherd of the Hills Christian Church (shccaustin.org) or Hospice Austin, 4107 Spicewood Springs road, Suite 100, Austin, TX 78759 (hospiceaustin.org) Bob led a life of service and integrity. He is loved and will be missed. Remembrances may be shared online at www.wcfish.com.

Published in Austin American-Statesman on Oct. 16, 2019