I recall first knowing Alex at Travis Elementary, along with his sister Elsa. I was a mid-termer, half a grade behind Alex. Mid-termers at Travis only filled half of a class room, so we always shared a teacher and class room with a third of the class ahead or behind. Accordingly, Alex and I were in the same class room for several of the years. Even then, Alex was a go-getter and known throughout the school.

Alex had battled cancer for the past few years. When I spoke with him 6-8-10 months ago, he was in good sprits and left me with the impression that he was cancer free. We had a cordial conversation, and he recalled all the good memories he had of our days at Jeff. Just recently, the thought of needing to call him to check flitted through my mind, but while the thought was there, the action was not. As old as I am, I still have not learned to act on a thought or jot it down for later action.

Alex will be remembered and missed by many from our class. 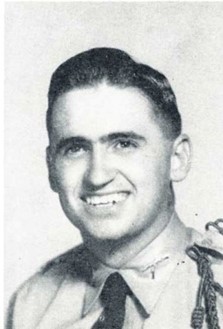 It is with heavy hearts that we announce the passing of Alex Trevino, Jr., loving husband, father, grandfather, great-grandfather and friend, on Wednesday, the 21st of August 2019. He was 83 years of age. Forever the optimist, Alex approached a tough cancer battle with the same strength and spirit he displayed in everything he did.
Born on the 22nd of June 1936 to Ofelia and Alex Trevino, Sr., Alex grew up in San Antonio. In his youth, he was passionate about Boy Scouts, at one point having the distinction of being the highest-ranking Eagle Scout in Texas, earning every merit badge except snow skiing. After graduating as class valedictorian from Jefferson High School, Alex attended Rice University, earning a degree in mechanical engineering. Continuing a passion started in high school, Alex earned the rank of Colonel in the Army ROTC at Rice.
Alex’s college years were rewarding, but challenging, made especially so because Henrietta, his high school sweetheart and love of his life, was back in San Antonio. They beat up Highway 90 going back and forth on weekends to be together. When they couldn’t stand being apart any longer, they married in 1958, and started a 61-year journey together – forever the romantics, serving as each other’s strength and inspiration.
After graduation from Rice and completion of his active Army duty in Virginia, Alex returned to San Antonio and began his engineering career. While he found the work interesting, he soon realized that it didn’t satisfy his need to be with people. Alex was the consummate people-person. He entered the HVAC industry, which he had learned from his dad, where he could spend his days with employees, customers and vendors. Alex started, bought and sold several companies until his retirement in 2007. He was a tough negotiator, but always with a smile. Alex loved his work.
Alex was a born leader, had a very quick wit and a great mind for numbers. But more importantly, he was genuinely kind. He loved getting to know people, hearing about their families and careers, or just talking sports. He wanted everyone to be happy, and if they weren’t, he tried to help. Alex will be deeply missed.
Left with lasting and loving memories of this fine man are his devoted wife, Henrietta; his daughter, Diane Shillings and her husband Scott; his son, Steve Trevino and his wife Marybeth; his grandchildren, Clayton Shillings and his wife Emily, Emily Trevino, Grant Shillings, Alex Trevino, and Conrad Shillings; and great-grandchildren, Barret Shillings and Carson Shillings, sons of Clayton and Emily.
The family is forever grateful for all the prayers and support over the past several months, and thanks the nurses who took special care of Alex in his final days, especially Lanai, April and Ann.
A memorial service is to be conducted at eleven o’clock in the morning on Monday, the 26th of August, in the Chapel of St. Luke’s United Methodist Church, 3471 Westheimer Road in Houston, where Rev. Bill Denham, Pastor of Caring Ministries, will officiate.
Immediately following, all are invited to greet the family during a reception in the nearby Hines Baker Room.
In lieu of customary remembrances, the family requests with gratitude that memorial contributions in his name be directed to The 100 Club, Inc.; 5555 San Felipe St., Ste. 1750, Houston, TX, 77056-5527; The Shriners Hospitals for Children, 6977 Main St., Houston, TX 77030; The American Cancer Society, 2500 Fondren Rd., Ste. 100, Houston, TX, 77063; or to the charity of your choice.
Please visit Alex’s online memorial tribute at GeoHLewis.com where words of comfort and condolence may be shared electronically with his family

I was asked to pass along that Jimmie Holloway also passed away in Austin a couple of weeks ago. Jimmie was class of 1955 and succeeded Bobby Tate as president of the Student Council.