May 28, 2016! Today’s the day that Rich Kaufman crosses the stage for a long-awaited and well-earned degree in Social and Behavioral Science. Rich just proved that it is never too late to do something that means a great deal to you. I was told that Rich has always regretted not getting a degree, so at an age when most people think about sitting back and putting the brain on idle, Rich dug in and got to work to put in a lot of hours studying and in class to earn a degree with honors! Congratulations, Rich. Well done. If any of you all want to be in touch with Rich, let me know and I will send contact information, because I don’t think it appropriate to post on here.

Let’s Hear It from Sam Granato

Sam Granato recently wrote with an update and acquiesced to my posting it here. You all may not be aware that Sam was here for our Sixtieth Reunion a couple of years ago but ended in the emergency room, so none of us knew he was here. Below is his update.

“I am certainly sorry that I missed the 60th reunion. I was so looking forward to it and to introducing my wife to fellow grads,

As you know, I had to leave the hotel the day after Easter, before the reunion started, to go to the emergency room at the nearest hospital with severe pancreatitis and kidney failure. After an operation, and two weeks of life or death activity, I was finally allowed to leave and fly back to Seattle. Eight hours after arriving in Seattle, I again had to call 911 for a trip to the emergency room for heart/breathing problems (I already had heart double bypass surgery, and the difficulties in San Antonio served to exacerbate my heart problems). After another hospital stay that July, I have been active and well now for a year and counting. Happy to say, I’m feeling great and expect to be around a long time.

I now serve as a volunteer in my favorite hospital in Seattle, serving as a patient representative on several policy groups. Still help in running the movie theater circuit and stay active as much as possible in many other ways. I’ll miss the reunions, and appreciate all you have done for the class of ’54.”

Sam lives in Washington state, along with several more of our classmates. Off the top of the head, Frank Hagan, David Pitkethly, Ron Arnold, and Deanie Conklin Willman are all “up there.” And I lied a little—I looked at the class directory to find a couple of names for the list.

Something I Just Did

I maintain the class data base, but I don’t look at it all that often. I just did to find names of a couple of Washington residents. It caused me to pause and picture a few faces and wonder how they are doing. This includes our inactive list—about a dozen names of classmates who have asked to be excluded from emails and the like. A couple are for medical reasons, but the others asked to be removed mostly because they feel no connection to the class. One was a very successful retailer who has sent generous gifts for our reunion yet does not want anyone to know her whereabouts. One is a successful surgeon who said he was there for senior year only and don’t really remember anyone, but he was track star. And there is the lady whom many of you ask about but claims that no one remembers her. And so it goes. Don’t ask, because I have teased you but will not embarrass them by revealing the names.

Photos from the April Lunch 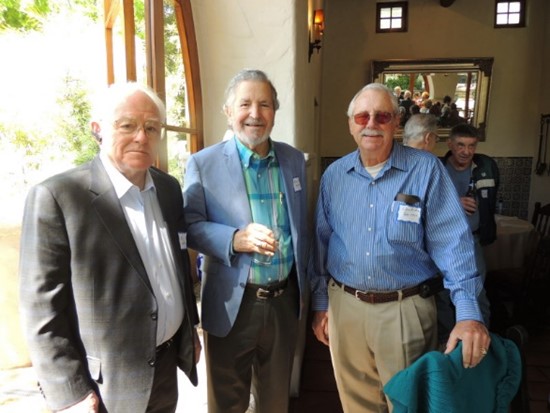 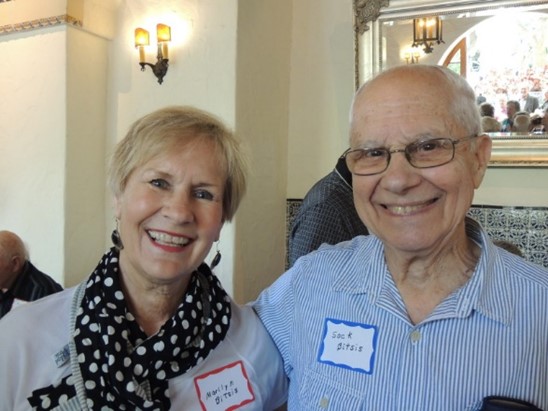 Whose Home is this?

Among the various photos that have been sent me over the years, this photo below was in the stack. My guess is that someone drove by their old home at one of the reunions and snapped the photo. If you recognize it, let me know. No prize offered. I will send it to anyone who wants it. 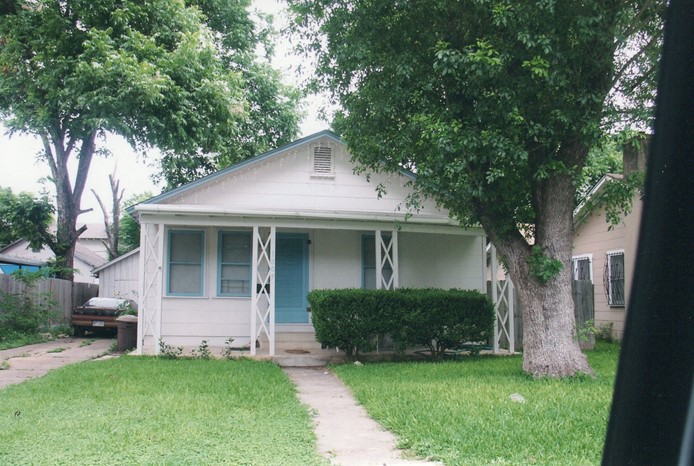