Man Working! No need for a hard hat here, diligently working on the reunion project, which probably should be named “why did I think this would be a good idea?” On June 7, I sent out the email asking for changes to the preliminary class directory. There were over fifty responses, most arriving immediately, but a few still trickling in.  Most input was to add a cell number, although there were a few corrections that I believe were in the data base when I inherited it 25 years ago. I will be sending out revisions in a few days.

What is taking a lot of time is the class history portion. As mentioned in a previous blog, Yvonne Kennedy Bradfield scanned in each picture in the year book. That was a monumental task. The project now is to add the histories and obituaries that we have. As I look at the accomplishments we listed in the Monticello, I see all sorts of activities .It seems like most in the class were either on the Library Council or a Class Representative. Does anyone remember exactly what either group did?

I noticed some were a member of the Freshman or Sophomore Scholastic Society. But they did not progress from there to the Junior National Honor Society or NHS. One wonders, did they lose their scholastic enthusiasm? What did the Scribblers do? What was the JLC? Did you know that there was a Skating Club, a Chess Club? Mike Gill listed as belonging to the Institute for Space Travel, way back in 1954. That calls to mind Flash Gordon.

…and the spin points to Peggy Frazier. Who else do you see? Bettye Sue Conrad  4th from left and Carl Conn with a polka dot cap and Elizabeth White, complete with curls, two down from Carl. 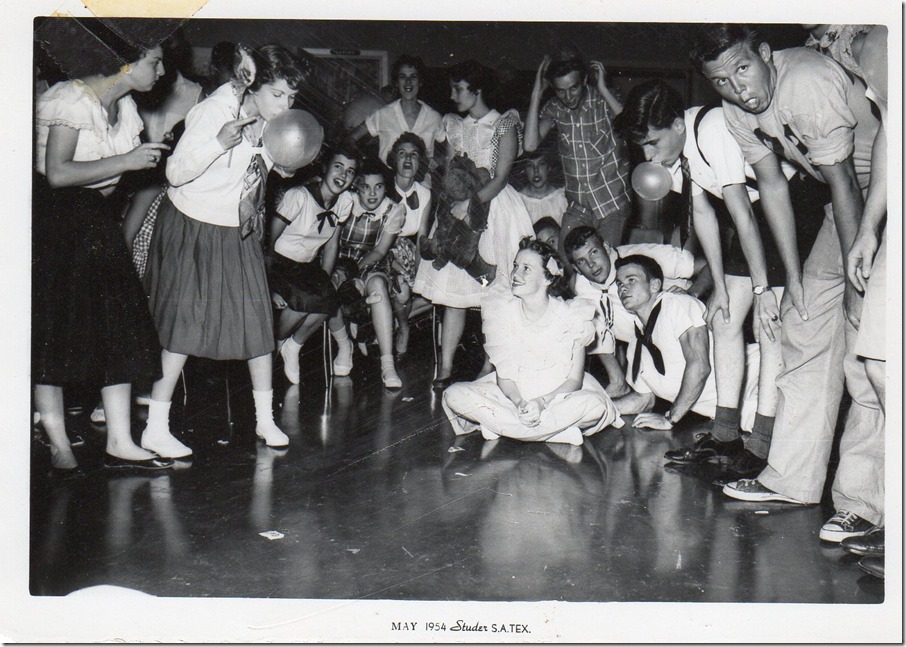 Don’t know who she is, but that is Joy Robertson seated and Harvey Clouser looking like he is doing a pushup. Billy Dube in a jersey, and maybe Hap Veltman with a bubble next to Billy.

And a little more staid… 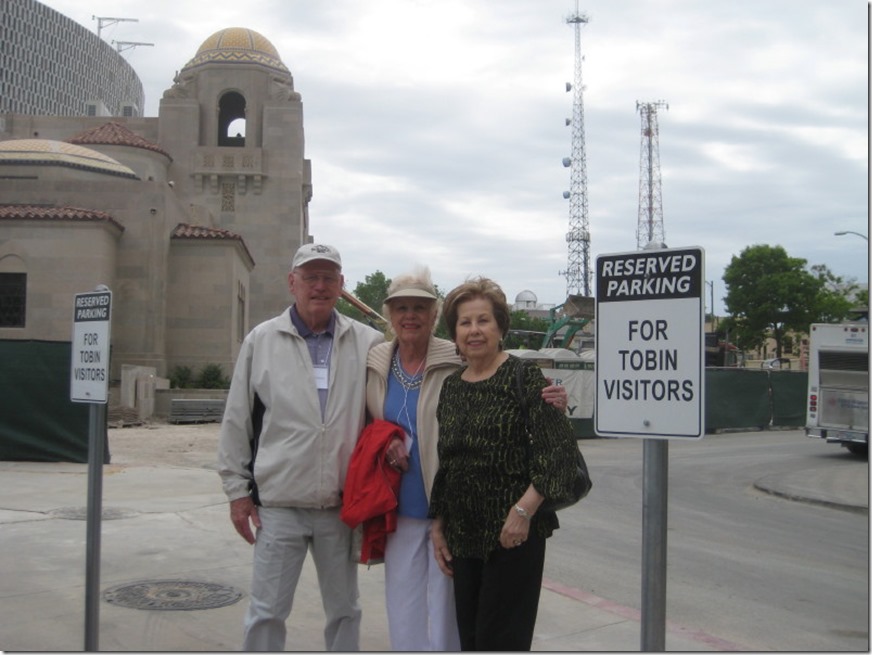 Pat Freeman, Aleen Smith, and Connie Mayes after touring the old Municipal Auditorium, now known as the Tobin Center for the Performing Arts.